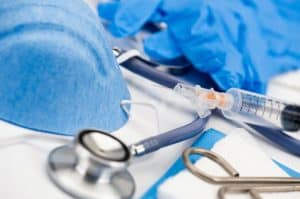 In these modern scientific times, corporations are producing drugs and medical devices intended to cure every physical and psychological problem that people experience. Regrettably, these companies sometimes fail in their efforts, especially when profits become more important than safety. Contrary to the belief of many patients, FDA approval or the fact that a doctor prescribed a drug does not mean that it is safe. As a result, those who have depended on these drugs or medical devices often suffer severe side effects, and even death. The law holds manufacturers, wholesalers and distributors responsible for developing and dispensing defective drugs and devices.

A drug may be defective because of design flaws, manufacturing defects or insufficient labels and warnings. These can be either over-the-counter medications or prescription drugs. Sometimes it can take years to determine that a drug has caused a patient harm, when it is already too late to do anything to reverse the harm. Some examples of defective drugs are:

A defective medical device is either flawed in design, manufacture, has inadequate instructions or warnings, or simply does not achieve its intended purpose. Worse yet, when these devices fail, they can cause injuries to the patient in areas of the anatomy that the device was not even originally meant to address. Some examples of defective medical devices are:

The consequences of defective drugs and medical devices can be devastating to victims and their families. In addition to the physical consequences, the family’s trust in the medical professionals they depended on is often shaken. Further, it often becomes impossible to get answers from doctors as they fear that they may also be held accountable.

Let us start working for you.  There is no fee or obligation unless we are able to get a recovery for you or your loved one.